…well, at least for a few hours. The key is: I moved into my body. Ditched that little upstairs room that I’ve occupied for so long, and went to explore the other part of the ME that I was living in.

You see, I have exhausted this road that I’ve been on for 3 decades. I’ve been thinking and thinking and thinking some more, creating and solving problems that didn’t even exist, just so my mind could keep itself occupied. And at times it was fun, it gave me a mindgasm to discover new ideologies, new ways of seeing things and new beliefs, teachings and practices. But then I hit a wall and I couldn’t go any longer. I was suffocating being enclosed in this tiny space in my head, listening to a constantly spinning squeaky wheel churning out the same old thoughts over and over again with no breaks in between. I have tried meditation with some success, but most of the time I have just fallen asleep (which is again, a nice break from the EGO, from the mind, but still… ). Eventually it got so much that I became bitter. I just felt that I don’t wanna hear one more word from spiritual teachings, self-improvement gurus, self-help books and so on. I just became exhausted and bitter and so negative about all those things. I hit rock bottom and a wall at the end of the one-way street that “thinking” provided. And I needed a break. A change! Something that would take me out of this old habitual thinking way of being and give me a relief from it.

That’s when salsa came back to my mind. I used to dance salsa socially 8 years ago on a strong intermediate level, but I stopped after I had kids. Now as I was feeling the craving for humans around me (not to talk to them, just be around them) I remembered this old friend of mine and I told her I would like to go with her dancing again. We went out that night and it felt like I’ve never left. The music, the people, the energy in the room was so engaging that I had no time or opportunity to think about anything else, but the dance.

That’s when I saw it in another room that a few people were dancing a strange dance that I was not familiar with. It seemed like it had no structure, yet things were just flowing perfectly to the rhythm of the music and it was mesmerizing. I asked for the name of this dance and they said it was called ZOUK. I’ve never heard about this before, but I was determined to learn it. So the next week I signed up to a class and it was the best decision I’ve made in a very long time. The teachers were so knowledgeable and talented, the music took me to a whole different world and my body was able to pick up every new movement with no problem. The energy in the room was so positive and uplifting and sensual all at the same time and I realized that I have so many hangups around my body and the expression of the body. I don’t want to take up too much space, I don’t want to be too flashy, I don’t want to be noticed, I don’t want to step into my own power and let go of control and just flow with the music and whatever comes out is fine that way…..no, that terrified me. But noticing these things helped me be aware of what was going on inside of me and that’s half the battle already. So whenever I started noticing these thoughts popping up, I just closed my eyes and I let go and moved into the present moment and followed what the lead was giving me, picking up on their energies, expressing it as it naturally wanted to be expressed and move on to the next movement in this perfect flow of life, no effort, no hardship, just flowing and creating and letting go of the old move and moving into the new one effortlessly. It was pure heaven. 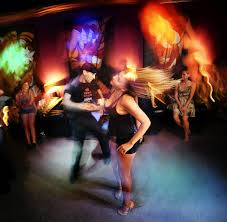 As the night went on, after the lesson we stayed there for social dance and it was fantastic. All kinds of different levels were dancing together, the atmosphere was so accepting, encouraging and empowering that I felt like I have found the tribe that I have always been looking for. “My people”. The ones who get me and where talking is not necessary. We talked with our bodies instead and we were fully emerged in the present moment without thinking about future worries or past mistakes. And as the hours flew by, I felt more and more energized and happy on the inside. By the end of the night my legs were so tired, but my heart was so full of light and happiness, that I could not sleep for hours after that. Then in a matter of hours I had to wake up and go work out with a personal trainer, and it was brutal. He made me work my butt and leg muscles so much that I felt like jello afterwards but again, there was no room for thinking for a whole hour, just to be in the moment, focus on the present pain and do my best that I could.

So that’s what happened to me in the last 24 hours. I am exhausted beyond words and I feel like I could be falling asleep in a matter of seconds but on the inside I am so calm, happy, relaxed and full of creative energy that I feel like my chest is about the pop open.

In my whole life I have treated my body as if it was an oversized vehicle that’s only purpose was to carry my head around (that had my thinking trapped in it.) Ok, and providing occasional sexual pleasures here and there, but even that for me was a lot of brain work….sex….can you believe it? I had to think and concentrate so much to actually feel something. But now that I have left the upper room (like Rapunzel trapped in the the tower), I feel like I have finally discovered a whole new world. I have discovered that this house (AKA my body) has many many other rooms and facilities in it, and it is amazing. I am not gonna live and do everything only in that tiny little space anymore (sleep, eat, poop and more :)) but I am gonna live with this spacious housing that I’ve been given to and explore every little section of it. I am gonna tune into feeling more, being present with the movements, flow with the music and the energy and just breath in between dances.

Whatever it is, it was a life changing discovery to finally discover that my body parts are good for many other purposes and movement can bring so much joy to me. Either in dancing or work out mode, my brain was quite for a minute, and my body was active and in the NOW. And that is heaven. That is pure bliss. And I want more of that…. a whole lot more. 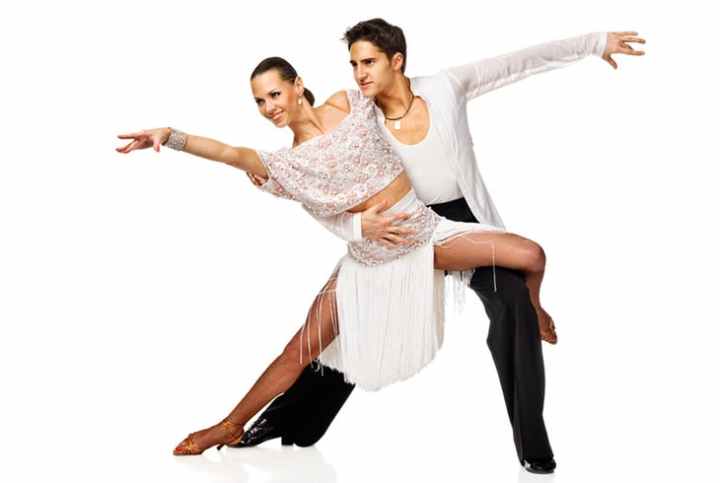